When my son was born, I had just moved to Maine and was mourning my home in Brooklyn.  When Joe came into the world, my literary agent called from New York to congratulate me. “What can I send you?” she asked, the soul of sweetness and generosity.  While I might have answered “A chef,” because cooking seemed beyond me, instead I said “Junior’s cheesecake.”  I was joking of course; I really wanted to be back in Brooklyn.

Cheesecake in a Box

Twenty four hours later the postman knocked at my door, with a five pound box in his hand. Inside was an entire Junior’s cheesecake.  I don’t think I ate the whole thing, but it was one of the best baby gifts I received.  Not only was it satisfyingly delicious, but it did much to salve my nostalgia. 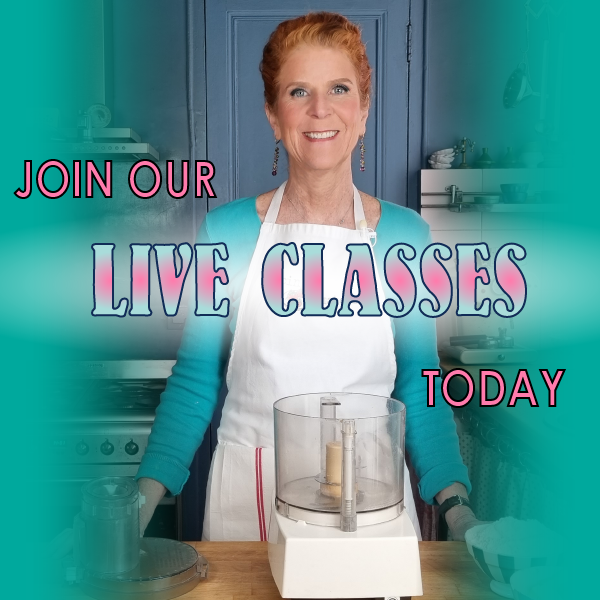 I’d always loved cheesecake so my addiction to Junior’s version was natural. That said, I’d never been an inveterate cheesecake maker.  Oh, I’ve made my fair share, but I relied on recipes that were quick and simple.  It seemed senseless to try and recreate perfection, particularly now I knew it could be mail ordered…

Fast forward to moving to France, where a version of cheesecake was offered in every patisserie in the land.  Originally from Alsace, most likely imported there by Eastern Europeans in the 18th century, it was a light, slightly watery, basically crustless version  made of fromage blanc – fresh cheese – eggs, lemon zest, and a touch of sugar.  It was a pale version of the cheesecake I loved, as was every cheesecake I tasted outside of Junior’s. 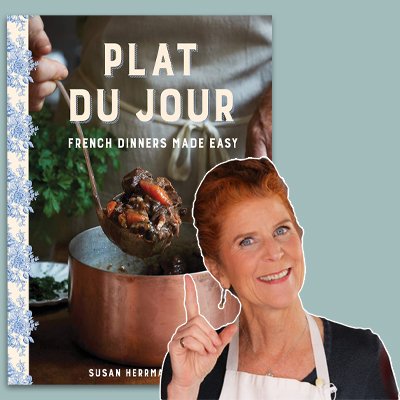 PLAT DU JOUR, the cooking course, will help you become the chef and cook you always wanted to be, with clear instruction, focus on seasonal ingredients and traditional French recipes.

Little by little, cheesecake fell out of my heart and my baking repertoire until recently when I met someone who loved cheesecake, and I was reminded of a recipe my mother used to make, a real cheesecake sleight of hand.  A bar cookie, it presaged my fidelity to Junior’s cheesecake.  I unearthed the recipe, reminding my mother who is approaching 101, of how often she made it when we were growing up.  She remembered it as a surefire success.  “You know I have a ‘fear of flour’,” she reminded me the other day.  “That recipe for cheesecake cookies was my standard.  Hardly any flour; everyone loved it.”

While no cheesecake rivals Junior’s (sorry, all you chefs out there in France who are giving it a good effort), these luscious little bars of perfection aren’t far off.  They don’t look anything like cheesecake, but close your eyes and taste, and there you are, at Junior’s on the corner of Flatbush and Dekalb in Brooklyn, home of Junior’s cheesecake.